Hala Moddelmog has been named as the sixth
Lifetime Achievement Award winner.

2020 Awards event cancelled and rescheduled for 2021. Due to the Covid-19 pandemic. However,
Hala Moddelmog, will be virtually presented with the 2020 Lifetime Achievement Award for Leadership
Character on October 28, 2020.

TLG is proud to host a livestream event honoring Hala Moddelmog with the 2020 Lifetime Achievement for Leadership Character Award.

Creators of the Leadership
Character Model

Bob and Lyn Turknett, husband and wife co-owners of the Turknett Leadership Group, are the creators of the Leadership Character Model.

Tino Mantella on the
2020 Event 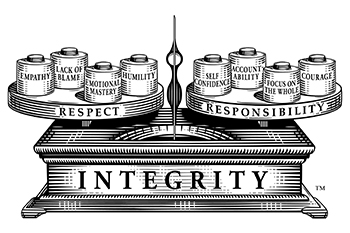 2020 will be the first year that net proceeds from the event will be directed to both the Leadership Character Youth Coalition, which is currently in the early stages of formation, as well as to, and to support the Metro Atlanta Chamber’s education initiatives.

The Leadership Character Youth Coalition, through and with partners, will instill the values represented in the Turknett’s Leadership Character Model in youth across the world, thus multiplying the numbers of youth who will grow into adulthood with a set of fundamental values to live by and to share with others. The Coalition will not only call attention to the principles of leadership character while rewarding one or more deserving youth, but will also create a lasting legacy to Bob and Lyn Turknett who for over 31 years have spread the leadership character message while impacting thousands of people, teams, and companies through their work.

The Metro Atlanta Chamber supports a broad set of initiatives aimed at educational excellence and expanded workforce opportunities for our region including :

2020 Awards event cancelled and rescheduled for 2021. Due to the Covid-19 pandemic and the impossibility of hoilding an in-person […]